Tess is regally bred on both her male and female side. She hails from the family of Flintshire and Enable as well as the prolific stallion, Empire Maker, the grandsire of American Pharaoh. She was trained by the Grade 1 winning trainer, H. James Bond who described her training and work ethic as “excellent”. She made her racing debut on Travers Day and handled everything in stride and made her entire team extremely proud.

After several months back in training, we have decided to retire our beautiful mare and she is in preparation for her next career as a performance horse. or broodmare. VIsitors are always welcome to see her. Pleasee call first and we can make arrangements.

Read all about the extraordinary career of Flintshire on the Hill-n-Dale website. 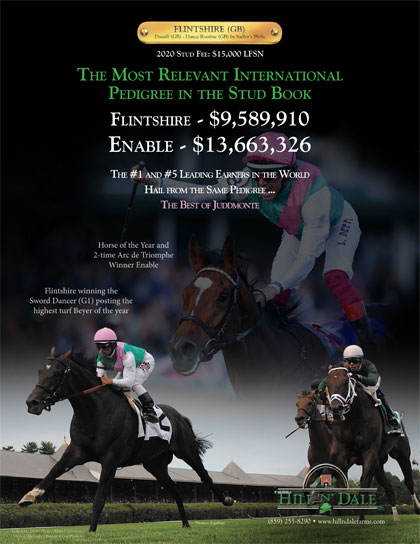 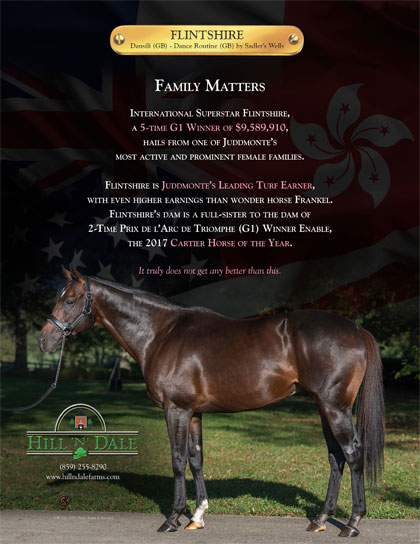